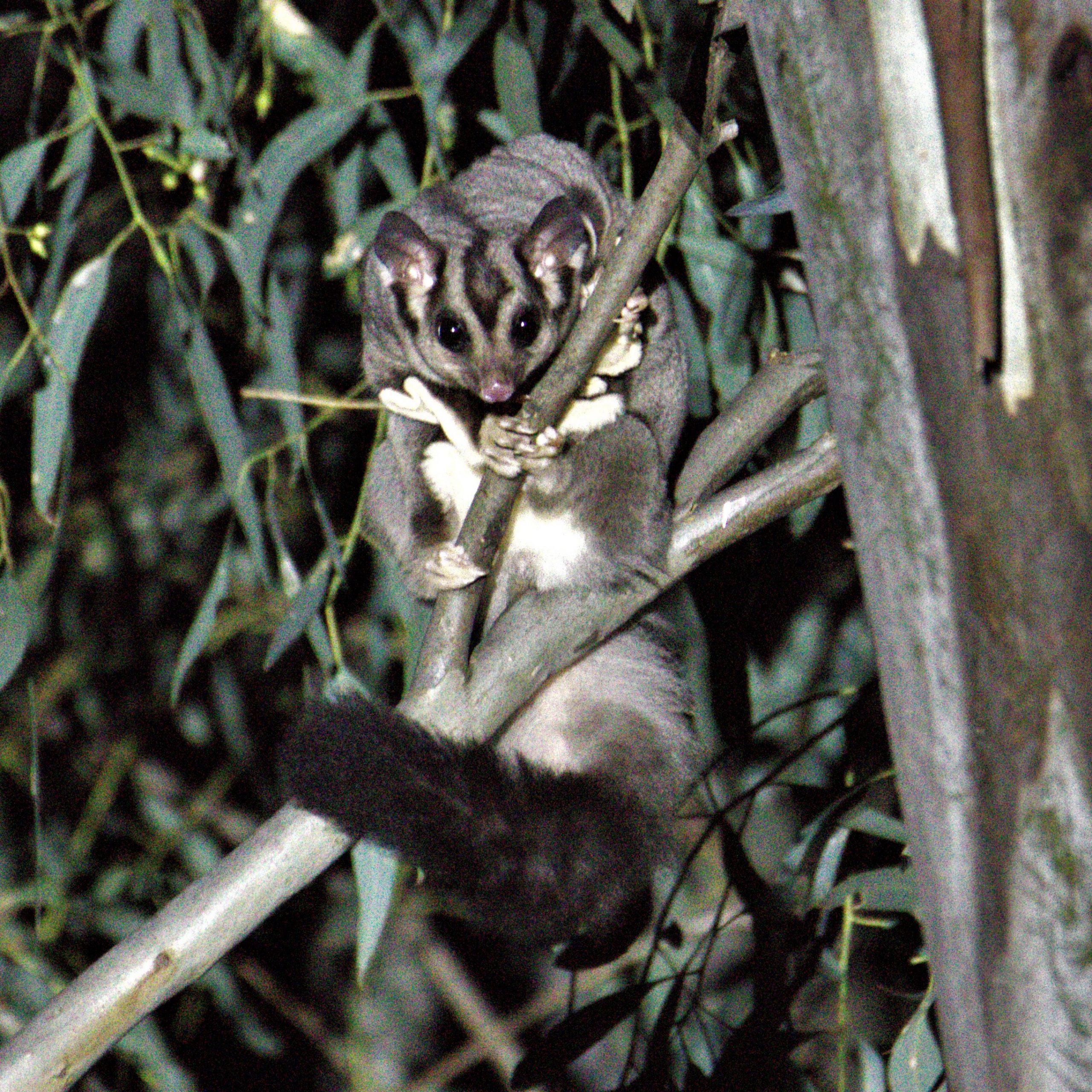 Threatened Squirrel Gliders in Victoria’s Lurg Hills and nearby areas on Taungurung Country east of Benalla are getting a helping hand from landholders. One of those landholders is beef and sheep   farmer Andrew Marriott, whose 2,800 ha property in the Holland’s Creek valley is home to red gum, yellow box and grey box woodlands—ideal habitat for gliders.

“We went through a period when agriculture over-cleared the land. Now we’re recognising that we need to put trees back, as the old ones we currently have won’t last forever,” Andrew said.

Recently Trust for Nature has been helping Andrew improve habitat on his property for gliders and other wildlife with fencing, weed control and tree planting. Lines of nest boxes through his property are helping connect remnant patches of trees.

Squirrel Gliders are similar to more well-known Krefft’s Gliders (previously known as Sugar Gliders) but larger and rarer. They depend on eucalypt woodlands and particularly old, hollow-bearing trees where they roost. The gliders are threatened by the loss of these old trees, many of which are now found along roadsides, and fragmentation of their habitat.

Surveys by Trust for Nature Senior Conservation Officer Bert Lobert are helping focus conservation efforts. Surveys at the end of 2021 found 18 Squirrel Gliders across 29 sites, indicating a significant population of the species in the Lurg Hills. Krefft’s Gliders are also found in the area.

“Before we did surveys and habitat modelling we were really operating in the dark,” said Trust for Nature Regional Manager Shelagh Curmi.

“Now we have a better idea of which areas of habitat are most important to protect, where to plant trees and where to install nest boxes.”

Trust for Nature’s work in the Lurg Hills is supported by the Victorian Government.