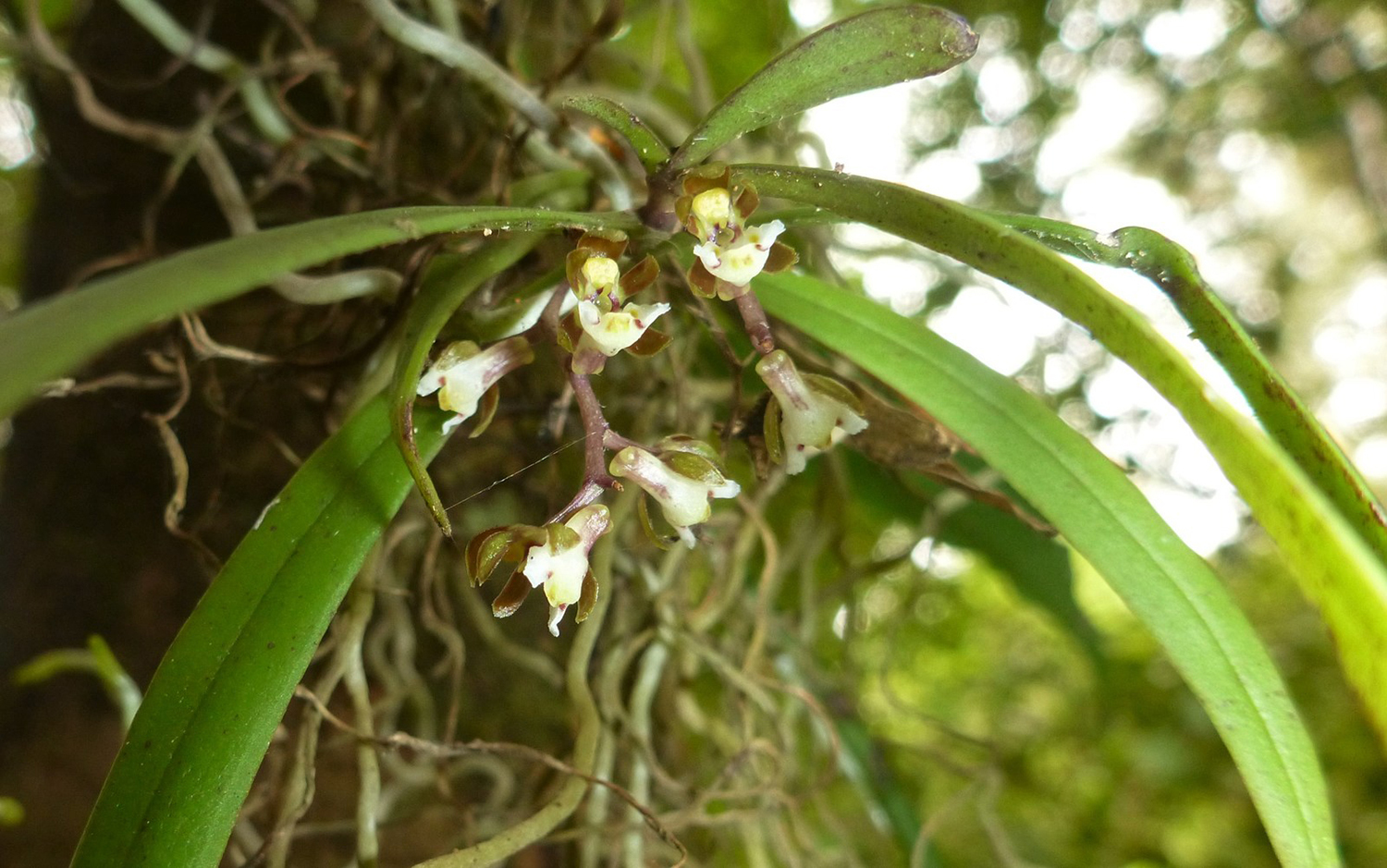 There is great concern for the survival of an unusual orchid at a site in East Gippsland.

The Tangle Orchid, Plectorrhiza tridentata, was recorded on the west bank of the Snowy River for the first time late last year however it could now be one of hundreds of threatened plants feared at risk of extinction in the area.

The Department of Environment, Land, Water and Planning estimates that almost all known warm temperate rainforest plant communities in Far East Gippsland have been impacted by the bushfires.

The Tangle Orchid is one of their species of concern, with almost 90 per cent of its known habitat burned.

The orchid was found in a rainforest gully on a private property with a conservation covenant at Bete Bolong North in November 2019 during a weed control program as part of the Arklink initiative.

It is one of just three epiphytic orchids in Victoria, meaning they grow on the surface of a plant and get moisture and nutrients from the air.

He said, “Their host plants—Lilly Pilly and Kanooka—are also very fire sensitive, so the bushfires are really bad news for the Tangle Orchid as well as for all other rainforest plants and animals.”

Local landholder Kevin Heyhoe, whose property the orchid was found on, is devastated by the loss of habitat. He said, “I lost my fences and the old farm house, but I was more gutted to lose the rainforest gully.

“I’ve put so much into it, weeding and planting trees that are now probably gone. Do you know that proverb? About planting trees under whose shade you’ll never sit? That’s the way I feel about my rainforest gully and the rare orchids. It’s heartbreaking.”

His property also provided habitat for a number of other threatened species including the Snowy River Wattle and White-bellied Sea Eagle.

As soon as it is safe to do so, Trust for Nature will work with Kevin to assess the impact the fires have had on his conservation covenant and look at ways to try to recover rainforest plants, including the Tangle Orchid.

Arklink has been funded by the Victorian Government’s Biodiversity Response Planning program and is helping to ensure that Victoria’s natural environment is healthy, valued and actively cared for.

Trust for Nature is one of Australia’s oldest conservation organisations, established by an Act of the Victorian Parliament in 1972 to protect habitat on private land. It is a not-for-profit organisation that relies on the generosity of supporters to help protect Victoria’s biodiversity.

Trust for Nature has set up a Bushfire Habitat Recovery Fund to help landholders who have conservation covenants impacted by fires.

Arklink
Back to all news