In 2020-21 we continued to deliver on our conservation goals:

→ Including our reserves, we have protected 109,256 ha of Victoria forever.

→ We visited 212 landholders on covenanted properties to support them to look after their land, and prepared 139 management plans for their properties.

Click through below for a snapshot of our achievements.

→ 18 covenants voluntarily placed on title without the landholder receiving an incentive to do so.

→ 14 incentive covenants, where a covenant is agreed upon as a result of the landholder’s participation in an incentive program.

→ Three covenants developed in a commercial context, where a covenant is agreed to due to a planning permit requirement, condition of sale or fee-for-service arrangements with the land manager.

Regional staff conducted 45 property and covenant assessment visits during the year, resulting in the preparation of draft covenant proposals for a further 3,502 ha of land.

Looking after the land

Trust for Nature’s stewardship program works cooperatively with landholders so that all areas of habitat covenanted by the Trust are managed to maintain and enhance their conservation value.

In 2020-21 we made 212 stewardship visits and developed 139 management plans for covenanted properties.

The Trust works directly with landholders to provide advice on management issues, address threats to biodiversity values and monitor the condition of habitat and trends of species populations on covenanted properties. This is achieved through property visits, the development of management plans and the provision of conservation advice, support and information.

The stewardship program may also identify funding opportunities for landholders to undertake conservation works on covenanted properties. This can include information about incentive and tender programs, rate concessions, tax concessions or volunteer labour support. The types of activities covered may include revegetation, control of threats such as feral animals or implementing long-term strategies to improve or protect threatened species.

Our Revolving Fund is a market-based conservation instrument. Its objective is to use the real estate market to achieve conservation outcomes, through the Trust’s statutory power to buy and sell land.

The Revolving Fund is one of the Trust’s most important conservation vehicles and has been successfully deployed across Victoria for over 25 years. The Revolving Fund matches the supply provided by the owners of private properties with high nature conservation values with demand from people in the community who wish to purchase and protect these values. Despite the economic slowdown associated with the pandemic, there was increased interest in Revolving Fund properties.

Since its inception, the Revolving Fund has purchased 77 properties and sold 73, resulting in the protection of 6,923 ha of conservation land. Trust for Nature has a goal to significantly increase the capital value of the Revolving Fund to support the conservation of more high-priority private land. It is currently working with partners on a proposal to achieve that goal.

Covenants were registered in 15 of Victoria’s 28 bioregions including 10 of the 14 bioregions that are underrepresented (based on a 17% land area protection target).

In total, 63% of all registered covenants in 2020–21 were located in the underrepresented bioregions, and these comprised 47% of the area protected.

Altogether, 80% of the registered covenants included native vegetation types assessed as being underrepresented in the National Reserve System. This collectively represented 40% of the extent protected through these new covenants. Out of the 76 different ecological vegetation classes (EVCs) protected under covenant, 72% were classified as rare or threatened in Victoria, of which 32% are classified as endangered.

Notable ecosystems protected by the Trust included examples of nine communities listed as nationally threatened under the Environment Protection and Biodiversity Conservation Act 1999, which were collectively represented on 40% of all covenants registered this year.

The Trust increased the level of protection in nine of its 12 focal landscapes. This comprised 55% of the total land area protected under covenant. Collectively, 71% of the habitat area protected under covenant this year helped improve representation within the National Reserve System (located in underrepresented bioregions) and/or increase its adequacy (located in focal landscapes).

Here’s a sample of our projects:

→ we continued to work to protect the endangered Spiny Rice-flower through the Pimelea Conservation Trust Fund, including developing a national recovery plan and replanting the Spiny Rice-flower on covenanted properties.

→ we protected 279.9 ha of habitat on five covenants for the endangered Leadbeater’s Possum and critically endangered Helmeted Honeyeater – Victoria’s two faunal emblems, supported by the Victorian Government. We’re working with another five landholders to protect another 82.4 ha.

Over the past year, we’ve worked with Reconciliation Australia to develop our Reflect Reconciliation Action Plan. Over the next 18 months, Trust for Nature will prioritise implementing the plan.

In 2020-21, we worked with First Peoples on numerous projects around the state, including:

→ we celebrated the graduation of nine Indigenous students from our Certificate III in Conservation and Land Management. Students  undertook activities across the greater Melbourne area, including mangrove plantings, midden protection and erosion control, propagating yam daisies and grass trees and building a planter box and a bush food garden on Philip Island. In April 2021, the students went out to Coranderrk Station to experience a cultural burn led by Wurundjeri elder Uncle Dave Wandin, the first burn at the station in over 160 years.

→ we partnered with the Wurundjeri Woi Wurrung Cultural Heritage Aboriginal Corporation and their Naarap team to complete works on our reserves.

→ we continued to employ employ Barapa Barapa Traditional Owners in northern Victoria to look after our  Wanderers Plain and Glassons Grassland Reserves, as well as many covenanted properties.

→ in Gippsland we continued to work with the Gunaikurnai Land and Waters Aboriginal Corporation’s (GLaWAC) On Country works crew to assist with on-ground delivery of projects across Gippsland, including weed control on the Trust’s Revolving Fund property at Stockdale.

→ in north east Victoria, we supported a cool season burn with Bangerang People on a covenanted property near Wangaratta through a philanthropic-funded project.

→ we continued to partner with the Wathaurong Aboriginal Co-operative, including constructing a nature trail through our Henriksen Sanctuary at Apollo Bay, and planting 3,000 grassland and woodland plants at their reserve known as Wurdi Youang near Little River.

→  we entered into a memorandum of understanding with the First Peoples of the Millewa Mallee at Neds Corner Station, and developed a joint project proposal to build a predator-proof fence that will create a 14,000 ha predator-free sanctuary.

→ in south-west Victoria, the Barengi Gadjin Land Council are working closely with Trust for Nature at Snape Reserve.

We’re grateful to all our  donors. With your generosity, we continue our work to protect nature on private land today, tomorrow and forever.

We would especially like to thank the more than 80 supporters who donated $1,000 or more in 2020–21. We also thank those who wished to remain anonymous.

The Trust is engaged in the native vegetation offset market, as its conservation covenant is one of the mechanisms permitted for securing the permanent protection of an offset site in Victoria.

The Trust primarily provides services for on-title agreements through its covenant program and ongoing monitoring through its stewardship program. Identification of high-value habitat for protection is also available through its regional network.

Commercial agreements are typically negotiated separately through a broker or directly between the parties. Planning and regulatory requirements are the responsibility of federal, state and local governments. 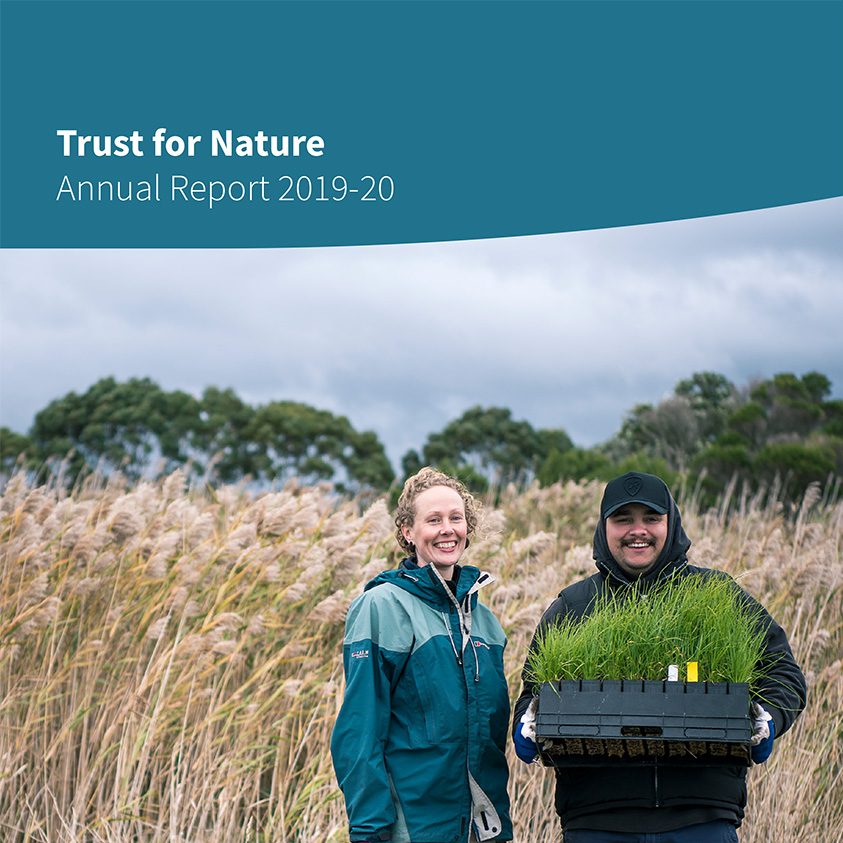 See our report of operations and financial statements for the year ending 30 June 2020. 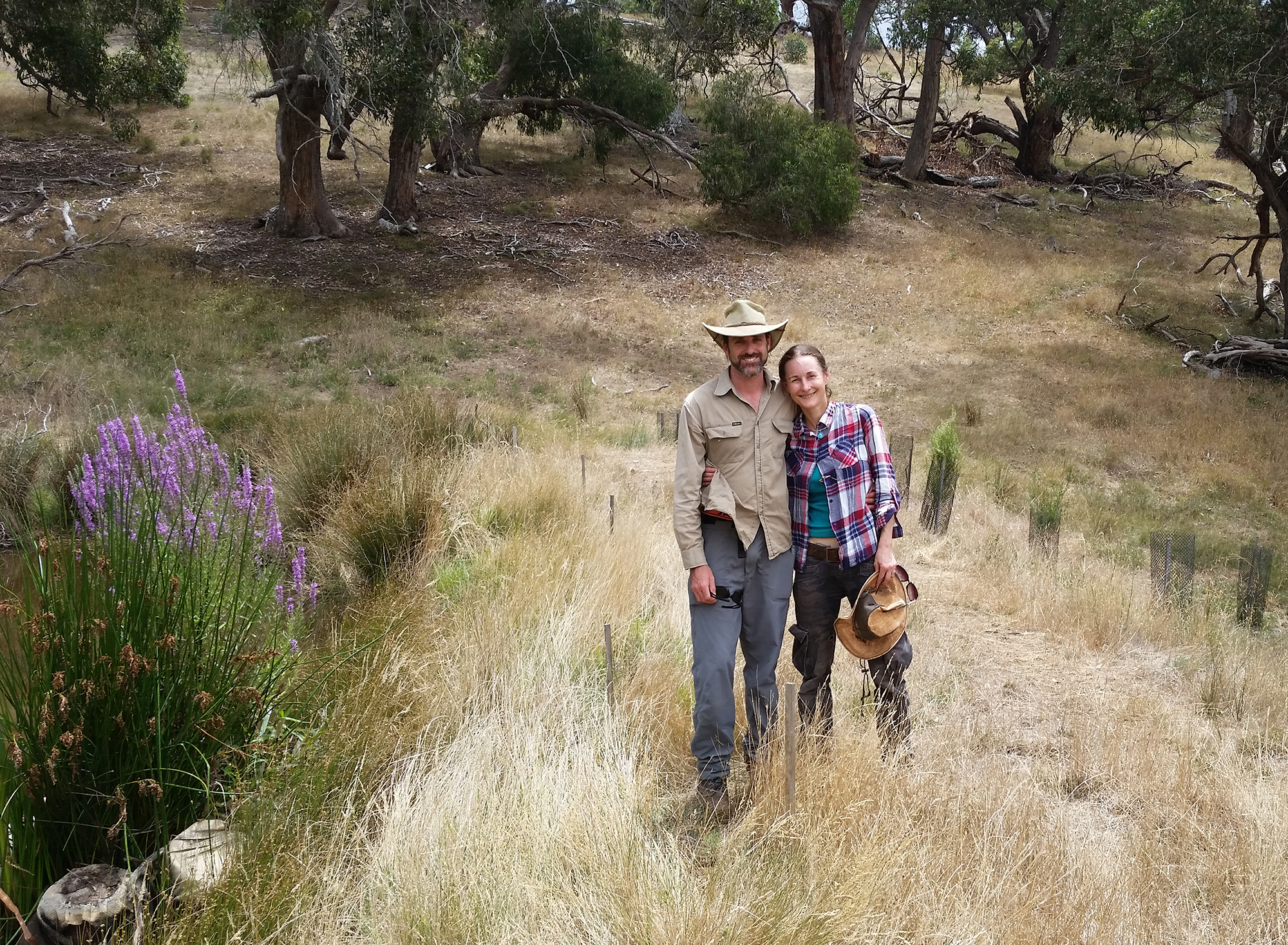 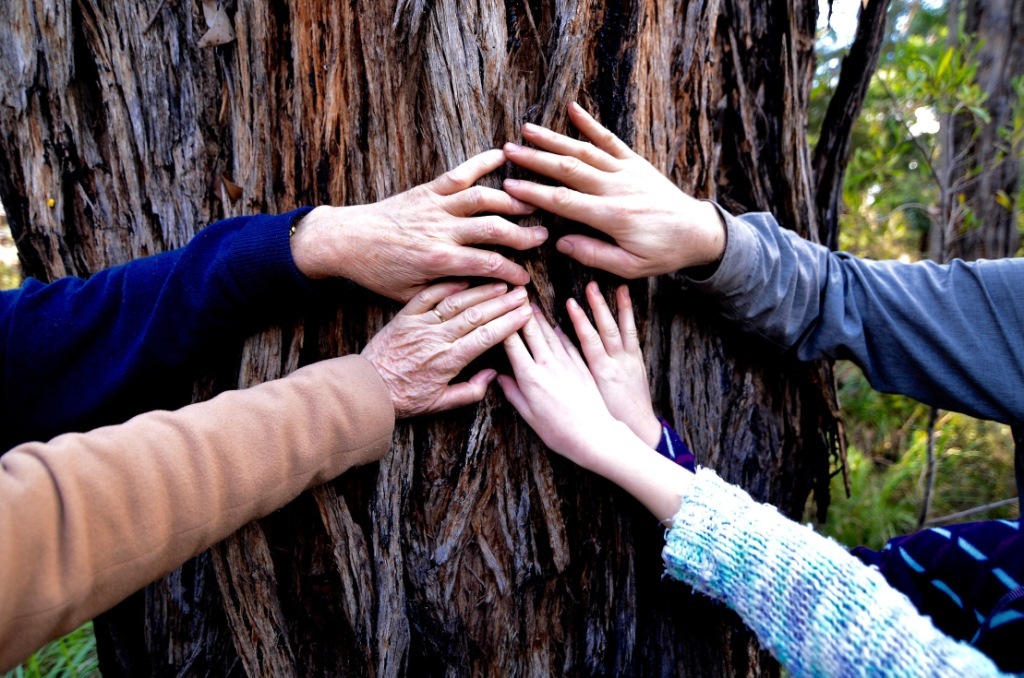 See our report of operations and financial statements for the year ending 30 June 2018. 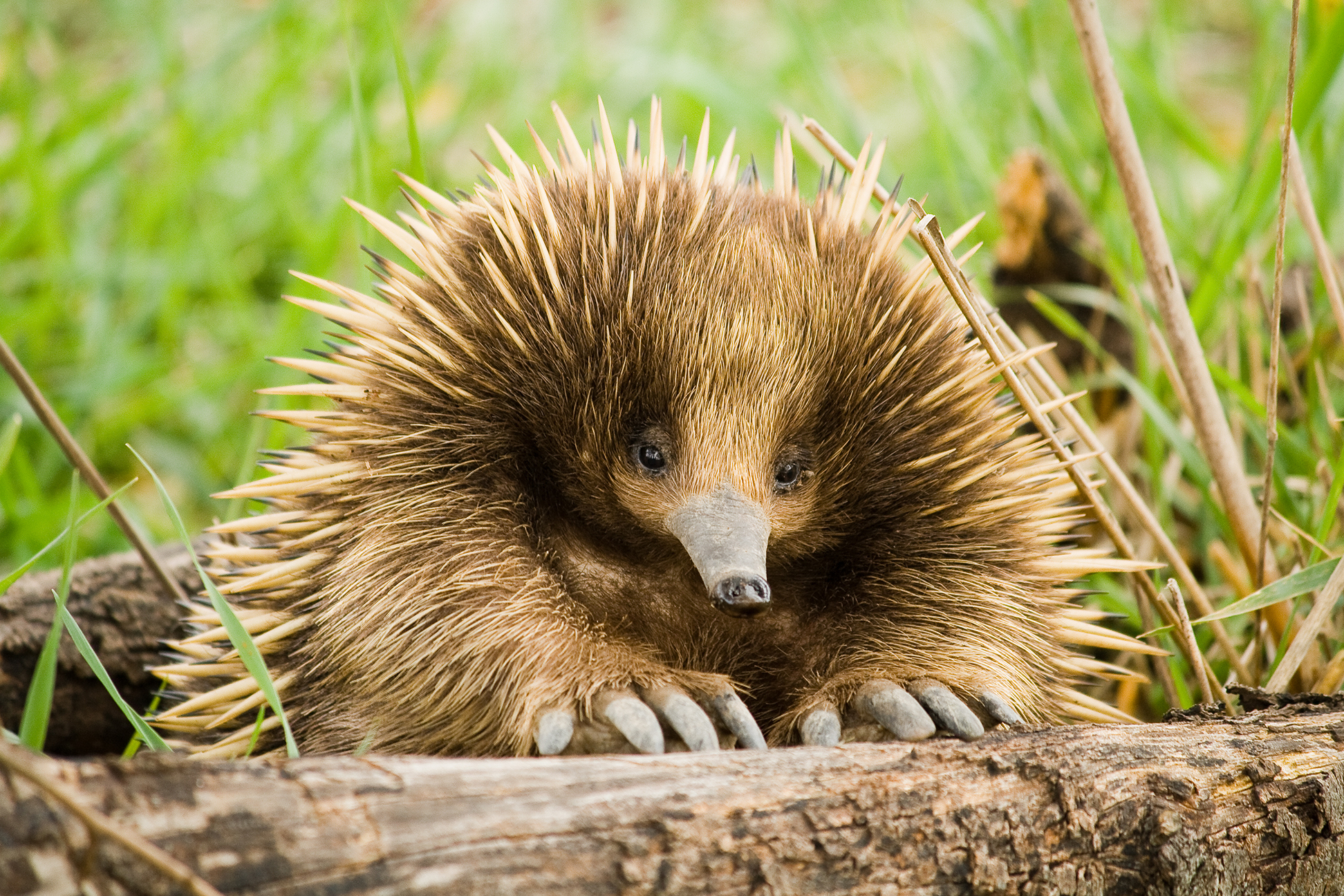 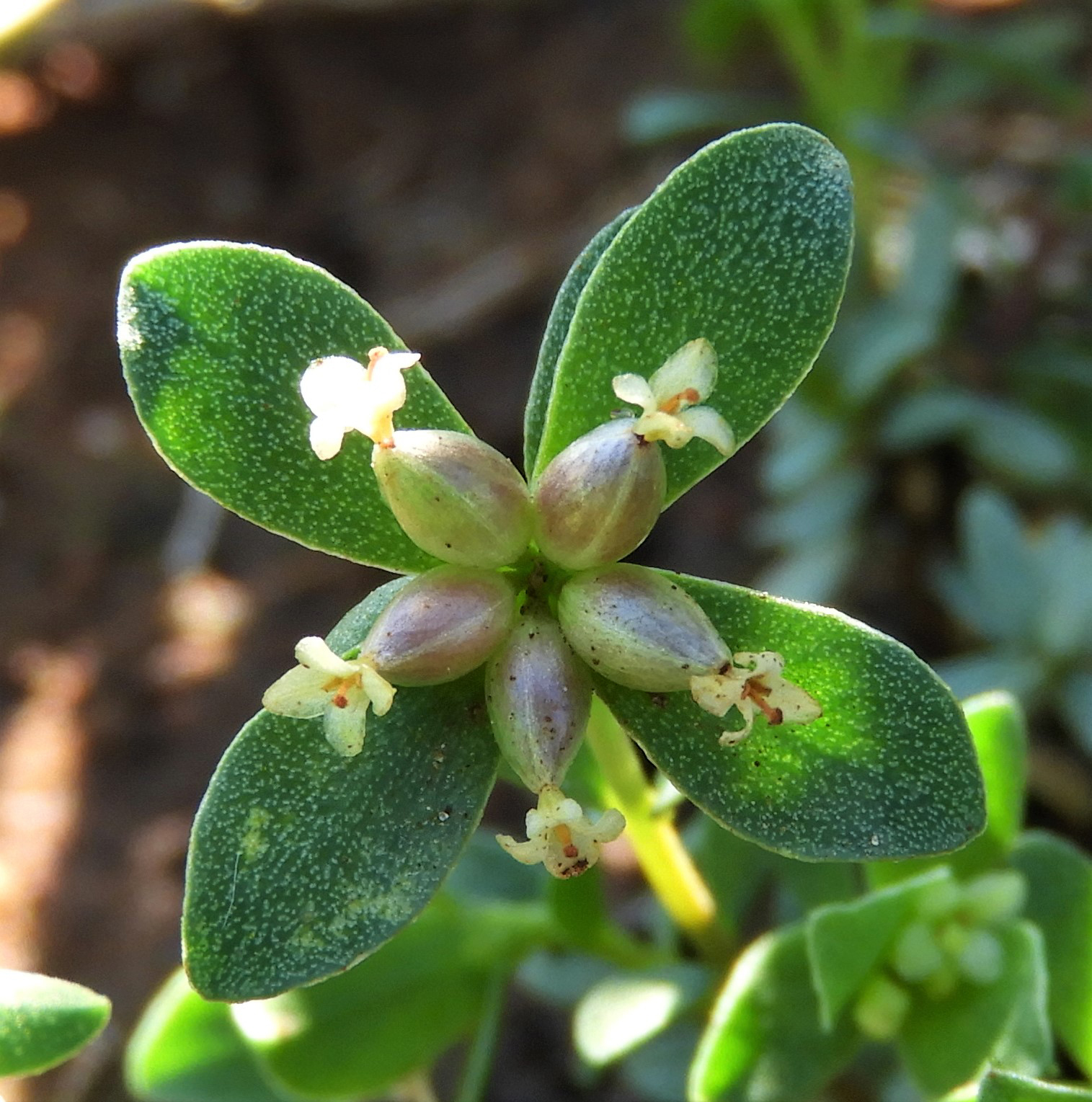