When Trust for Nature bought Neds Corner in 2002 it had been an agricultural property for more than 100 years and all of its natural ecosystems had been extensively cleared or degraded by stock grazing, cropping, irrigation and rabbits. Larger environmental issues such as water extraction from the Murray River, extensive native vegetation removal across the Mallee region and increased soil salinity were also having significant impacts on the health of the land and its wildlife. 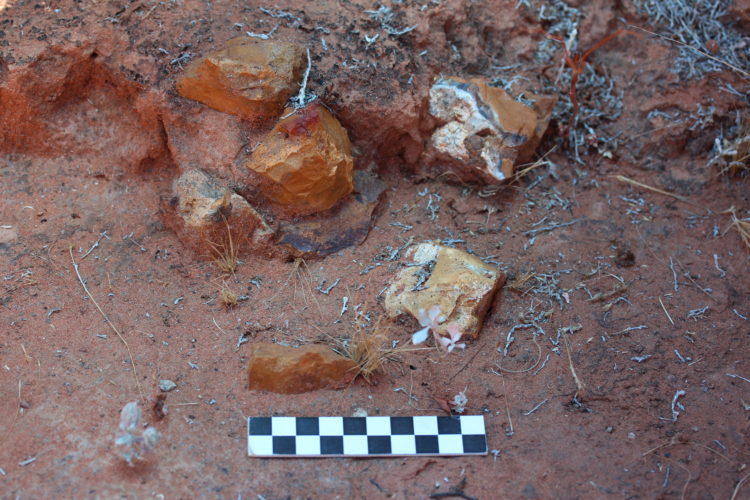 Since Trust for Nature’s acquisition of the property in 2002, in collaboration with volunteers, donors and other supporters, the landscape of Neds Corner Station has been transformed:

Restoration efforts have helped protect cultural heritage, stabilise soils, encouraged reestablishment of other flora and has provided habitat for birds, reptiles and a range of small mammals.

People are also benefiting from the rejuvenated property. In recent years Trust for Nature and Ngintait Traditional Owners have worked together to protect cultural heritage and undertake significant conservation works.

Thanks to partner funds, Neds Corner is an attraction for nearby farmers and researchers from institutions and special interest groups.

After successfully raising $52,913.38 through the crowd funding campaign Haul for Habitat, 250 tonnes of logs have made their way to Neds Corner Station and are in the process of being distributed within the 500ha predator free exclosure.

This campaign captured the attention of hundreds of Victorians and demonstrated the love people have for this property and what has been achieved there since it was purchased by Trust for Nature in 2002 with government and philanthropic support. Thanks to the Victorian Government for matching every dollar raised and to everyone who supported the campaign.

Haul for Habitat has prevented logs, remaining after a major infrastructure project, from potetially being discarded, and utilised them to build habitat for native animals found on Neds Corner Station which use fallen wood as part of their habitat. These include threatened or near-threatened species such as the Fat-tailed Dunnart, Brown Treecreeper, Bearded Dragon, and Carpet Python.

Neds Corner Station has made a remarkable recovery over the last decade so it’s not surprising that plants and animals are returning but station managers Colleen and Peter Barnes still did a double take when they saw four Australian Bustards.

Bustards were once a common bird across Australia but are now rare in southern Australia. In an interview with the ABC Peter Barnes said, “I pulled up to water our new plantings on this rise and looked across and here they were just walking quietly through the bush. It was so exciting, I just thought wow, this is pretty special.”

In the same ABC story, BirdLife Australia’s Sean Dooley said it’s hoped this is a precursor to a more permanent population. “We do see occasional records of bustards in north-west Victoria … but to have four birds there and seemingly hanging around for more than just a day or two is really encouraging sign that the landscape is being brought back into balance.”