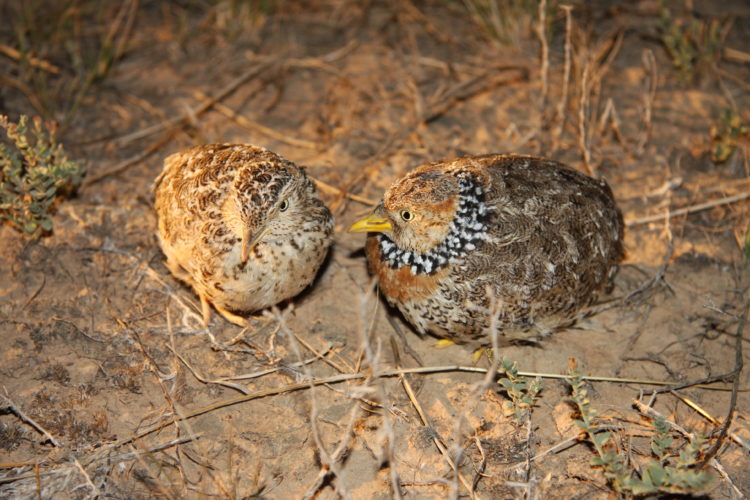 With only one percent of native grassland remaining and less than 1,000 Plains-wanderers in the wild, the protection of its habitat is vital in the fight to save this unique species from the brink of extinction.

Plains-wanderers are ranked number one in Australia and fourth in the world on a list of 9,993 recognised bird species we can least afford to lose because of their evolutionary distinctness.

Trust for Nature is part of a National Recovery Team for the bird which has established a captive program to save it from extinction. The Team includes partners such as Zoos Victoria, Parks Victoria, the Department of Environment, Land, Water and Planning, catchment management authorities and national partners.

The bird can only survive if it has safe places to be released – this is where our work is so important. Working with farmers we have protected about 540 ha in north-central Victoria with conservation covenants so far, and as a result of the work we’re doing to raise awareness of the birds’ plight in the area we have recently heard from many other farmers who are willing to protect this bird; but we can’t do this without more funds.

Donate to this project now
Here is more information about our work to save this species.