Boorhaman discovery is the ant’s pants

The first ever record of a poorly-known Australian insect has been found on the property of Boorhaman North farmer Alan Lappin. Alan has a Trust for Nature covenant on his land, which permanently protects an area of Red Gum swamp for conservation. 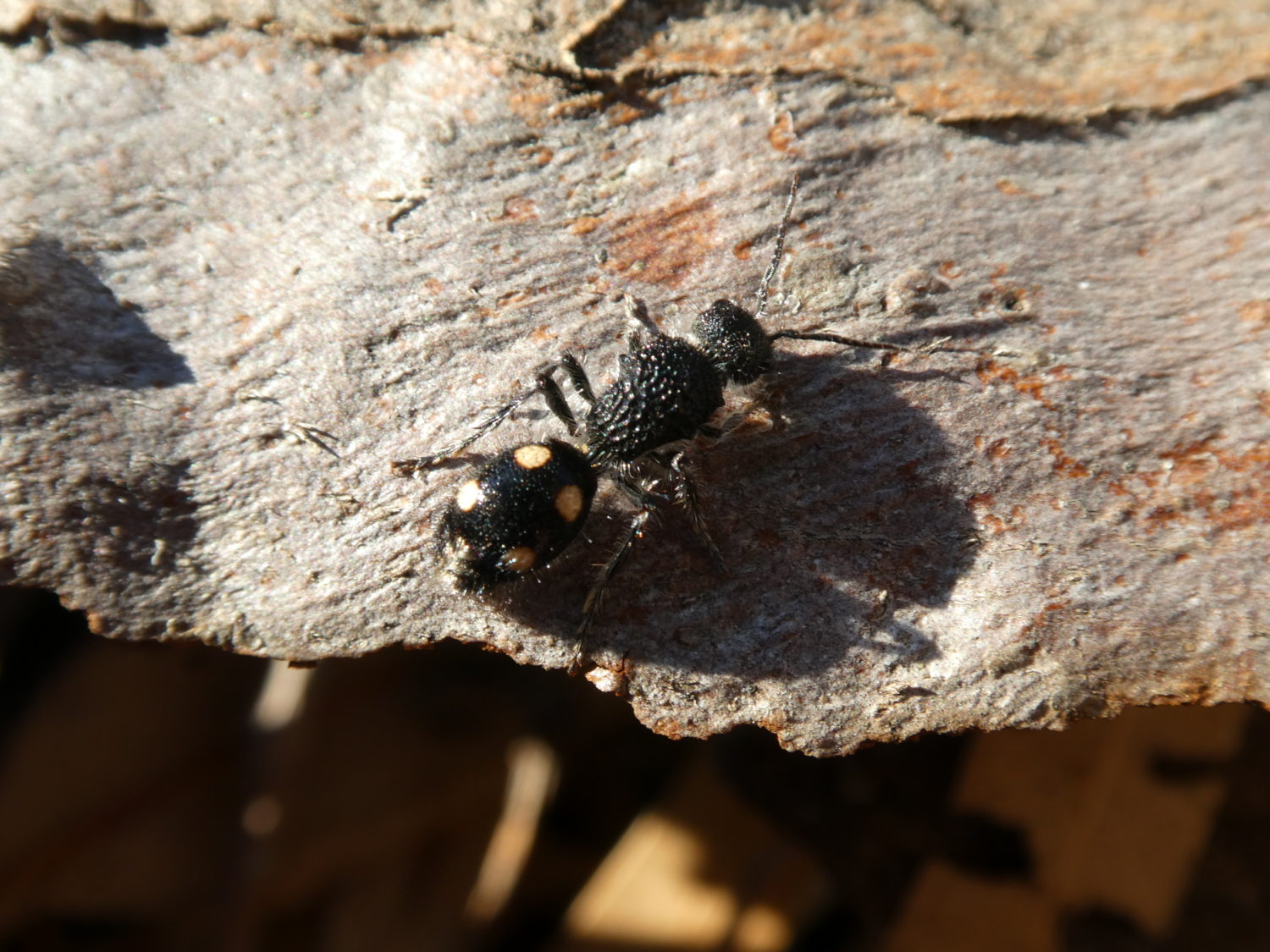 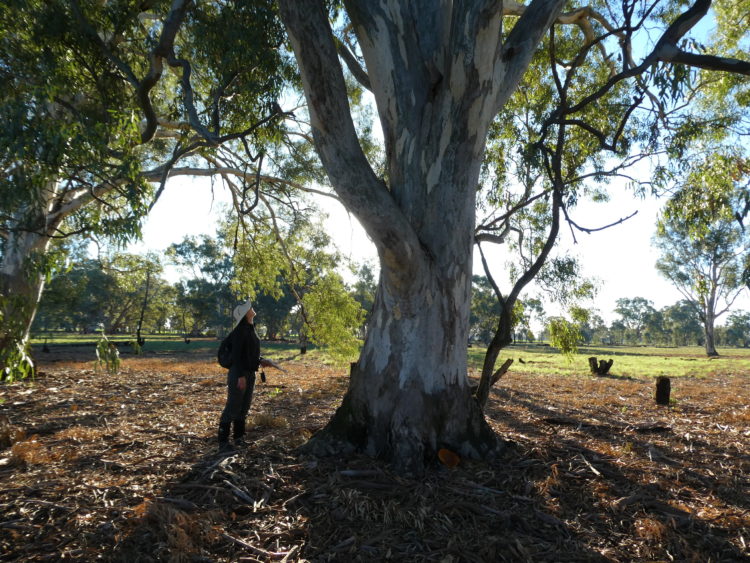 The first ever record of a poorly-known Australian insect has been found in north east Victoria.

Velvet Ants are fuzzy insects that chew into the nests of wasps and bees where they lay an egg on a young pupa.

It has been found on a property in Boorhaman North. Trust for Nature Conservation Officer, Zoï Banikos said, “We were doing an ecological assessment on the property when we looked under some loose bark and found a scorpion sitting next to a strange insect that I hadn’t seen before.

“We took some photos and sent them to local entomology enthusiast Karen Retra to help with identification.”

Karen was unfamiliar with the species and posted the photos on the global citizen science website iNaturalist, where a US-based expert identified it as Ephutomorpha quadrisignata, commonly known as a Velvet Ant.

The identification was confirmed by South African professor Denis Brothers, the most published author on Velvet Ants worldwide.

Karen said, “This is a really exciting find. It’s the first record of E. quadrisignata in the Atlas of Living Australia, the nation’s biodiversity database.

“Professor Brothers noted that this species is thought to be widespread, but there are few records. It just goes to show there is still so much to discover about our native fauna, particularly invertebrates.”

The Velvet Ant was found on the property of Boorhaman North farmer Alan Lappin.

Alan has a Trust for Nature covenant on his land, which permanently protects an area of Red Gum swamp for conservation.

He said, “I was thrilled to hear about this discovery. It’s gratifying to know that this special area is home to a relatively unknown species.”

Zoï and Karen are hoping the discovery will encourage others to use citizen science platforms such as iNaturalist to submit observations of plants or animals and in doing so, contribute to the Atlas of Living Australia.

Karen said, “All of the biological data that feeds into the Atlas helps to inform decision making. The more comprehensive the data, the better informed we are to make sound decisions about biodiversity conservation.”

For more information about Trust for Nature in the North East, contact Regional Manager Will Ford on 0418 300 959 or willf@tfn.org.au