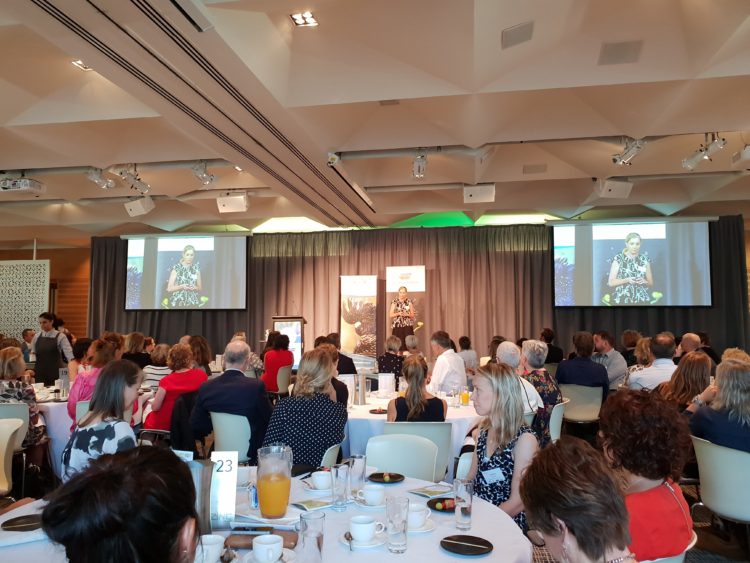 Preventing species extinction in the face of climate change will be the focus of Trust for Nature and Bush Heritage’s Celebrating Women in Conservation Breakfast in Melbourne the month – the ninth iteration of this much-loved event.

Predicted sea level rises in southern Victoria will put plants and animals like the threatened Orange-bellied Parrot at risk by inundating their preferred habitat.

Trust for Nature CEO, Victoria Marles, said helping protect comparable land above predicted sea level rise is one of the ways in which the Trust is helping this critically endangered species adapt.

She said, “It’s estimated that there are just 50 of these birds in the wild today.

“They migrate from Tasmania to Victoria for the winter where they spend most of their time living in coastal habitat.

“We’re working with landholders who have potentially suitable, long-term habitat for the Orange-bellied Parrot to help ensure that they will have the food resources they need in the future.

“Climate change has a huge influence on our strategies and our advice to landholders.”

Together with conservation covenants and reserves Trust for Nature has protected 102,000 hectares and works with more than 1,540 landholders across Victoria to protect habitat on private land.

As one of Australia’s largest conservation organisations, Bush Heritage helps protect more than 11.3 million hectares of land around the country through its network of nature reserves and partnerships with Aboriginal people.

Fires have always been a part of the Australian landscapes that Bush Heritage works across but the length and extent of this season, and the fact that fires have been occurring all at once across such a large area, has been unprecedented.

Four Bush Heritage-managed nature reserves were significantly impacted by bushfire this summer and a number of other reserves in the fire zone that were not impacted by fire are critical as habitat refugia.

In response, the not-for-profit is ramping up its fire preparation and management, managing the growing threat of feral predators, investing in more revegetation work and considering further land acquisitions.
Two critical restoration projects are taking place at Eurardy Reserve in Western Australia’s Midwest and Nardoo Hills Reserve in central Victoria.

At Eurardy, Bush Heritage has launched its biggest revegetation project to date, planting up to 1 million trees, plants and shrubs to offset at least 90,000 tonnes of carbon once fully-grown.

Meanwhile at Nardoo Hills, more than 9000 eucalypt seedlings sourced from hotter, drier climates have been planted in an experiment with fellow environmental not-for-profit Greenfleet to tackle tree dieback, a wide-spread problem that scientific modelling suggests is due to a warming, drying climate.
Bush Heritage CEO Heather Campbell said that innovative conservation approaches such as those being trialled at Nardoo Hills and Eurardy were necessary to protect the Aussie bush for future generations.

“An unprecedented bushfire season demands an unprecedented response. Bush Heritage is committed to working harder and smarter than ever before to address the very real ecological challenges posed by a changing climate,” Heather said.

“We are proud to champion innovation in conservation at a time when new approaches are critical to the health of the land and the species that call it home.”

Keynote speaker at the Women in Conservation breakfast, Climate Council CEO, Amanda McKenzie, said Australians need to take bolder approaches to conservation to ensure species and ecosystems are as resilient as possible to worsening weather conditions.

She said, “Creating and connecting new habitats and the translocation of some species will be necessary to prevent further extinctions.”

The ninth Celebrating Women in Conservation Breakfast, jointly hosted by Trust for Nature and Bush Heritage Australia, will take place at ZINC in Federation Square on March 5, 2020.

Reserves in central Victoria
Back to all news