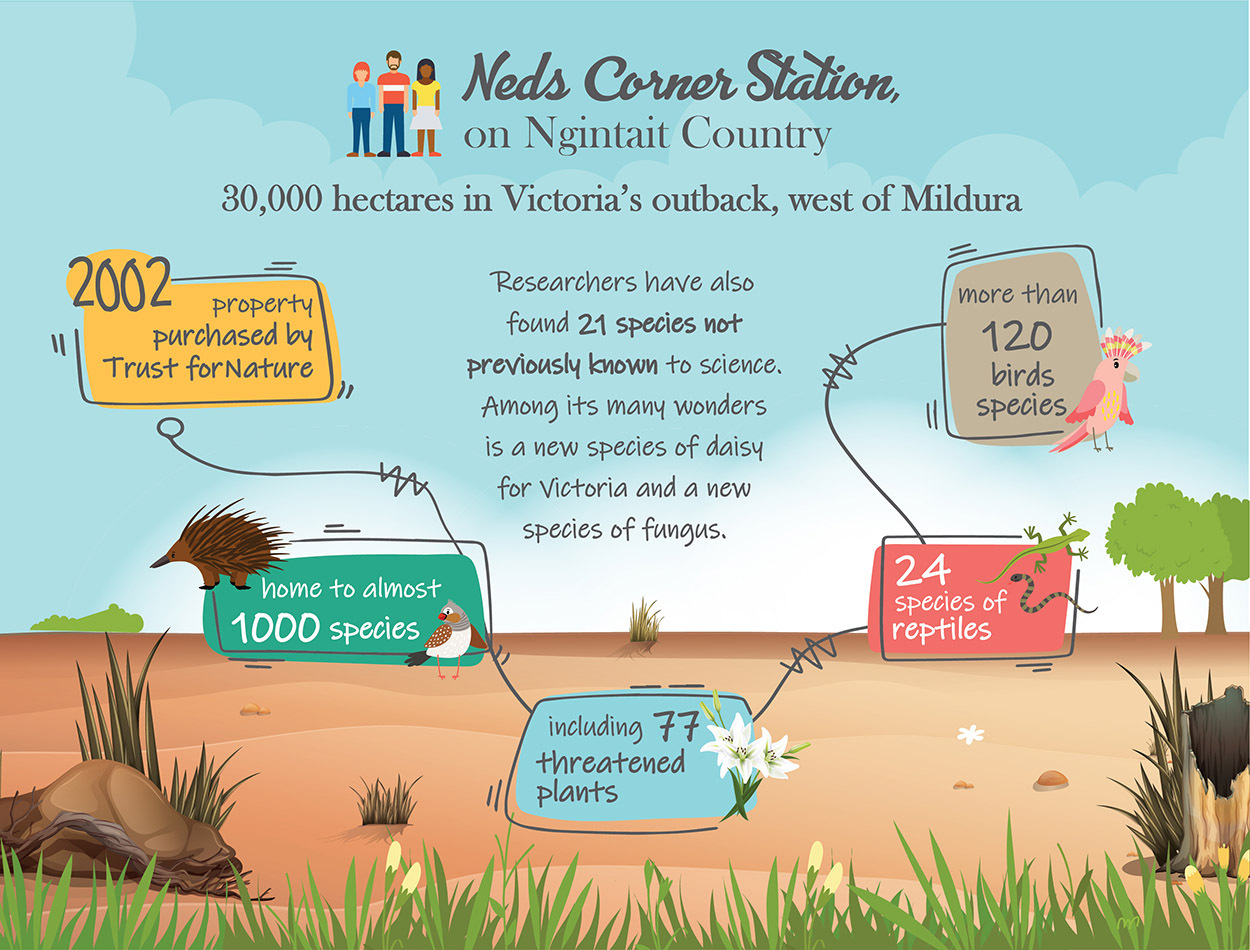 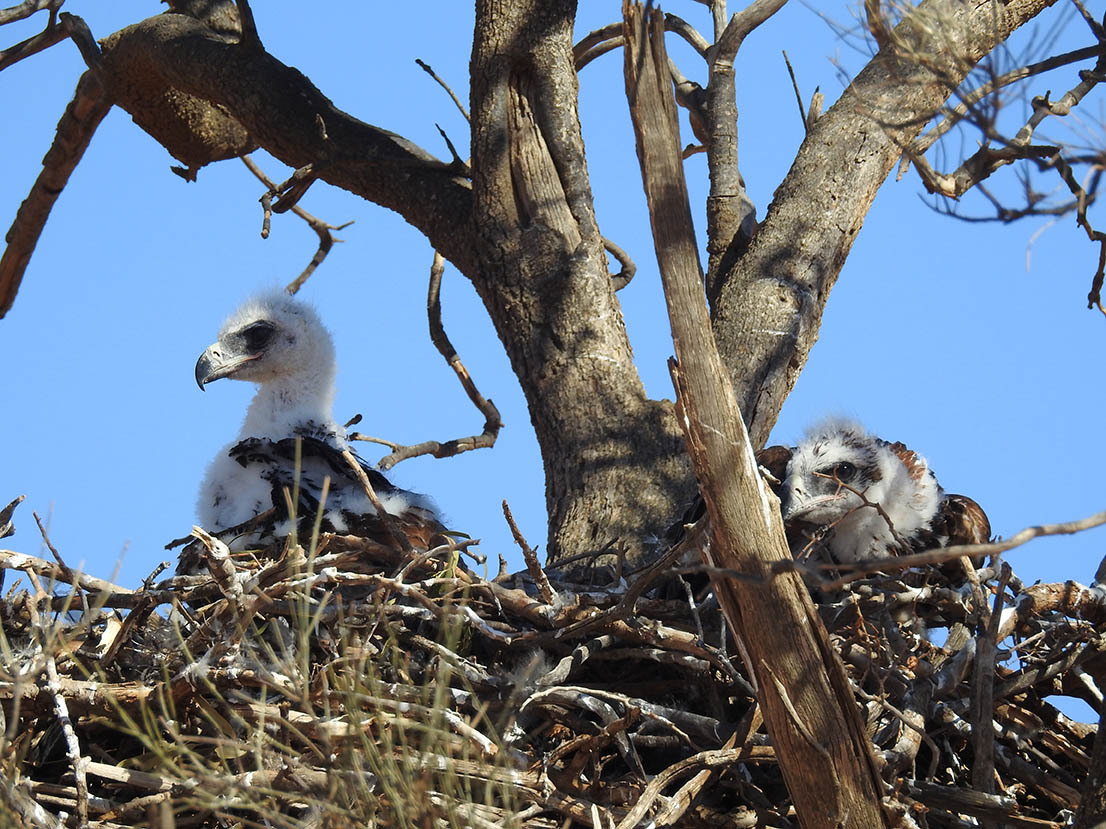 Trust for Nature acknowledges the Traditional Owners of Neds Corner Station, the First Peoples of the Millewa Mallee

Neds Corner Station is a 30,000 ha conservation reserve in the far north-west of Victoria, bordering Murray-Sunset National Park and the Murray River, forming an important cultural landscape on Ngintait Country. Ngintait Traditional Owners lived on and managed the land that includes Neds Corner for many thousands of years. Following colonisation and dispossession of the land from its traditional custodians, the property was hit hard by sheep and cattle grazing, and cropping.

Trust for Nature purchased the property in 2002 and under its management, in collaboration with Traditional Owners, volunteers, donors and other supporters, the landscape of Neds Corner Station has been transformed—its significant cultural sites are being protected and its native vegetation restored.

Read more about this announcement.

It is now home to almost 1,000 species, including 77 threatened plants, 24 reptiles and more than 120 types of birds. Researchers have also found 21 species not previously known to science. Among its many wonders is a new species of daisy for Victoria.  The Large Hard-head Daisy is symbolic of the rich diversity of plants and animals that call Neds Corner home. Other treasures include a population of the nationally threatened Growling Grass Frog and a new species of fungus.

Neds Corner has shown dramatic recovery from a heavily grazed agricultural property to a conservation reserve of national significance. What were bare sand hills and hard, compacted plains are now vegetated with saltbush and blue bush vegetation. This has happened thanks to the efforts of many individuals and organisations, you can read who they are.

Neds Corner has always been culturally important to Traditional Owners and we manage the property’s cultural sites and its plants and animals with support from the First People of the Millewa-Mallee Aboriginal Corporation.